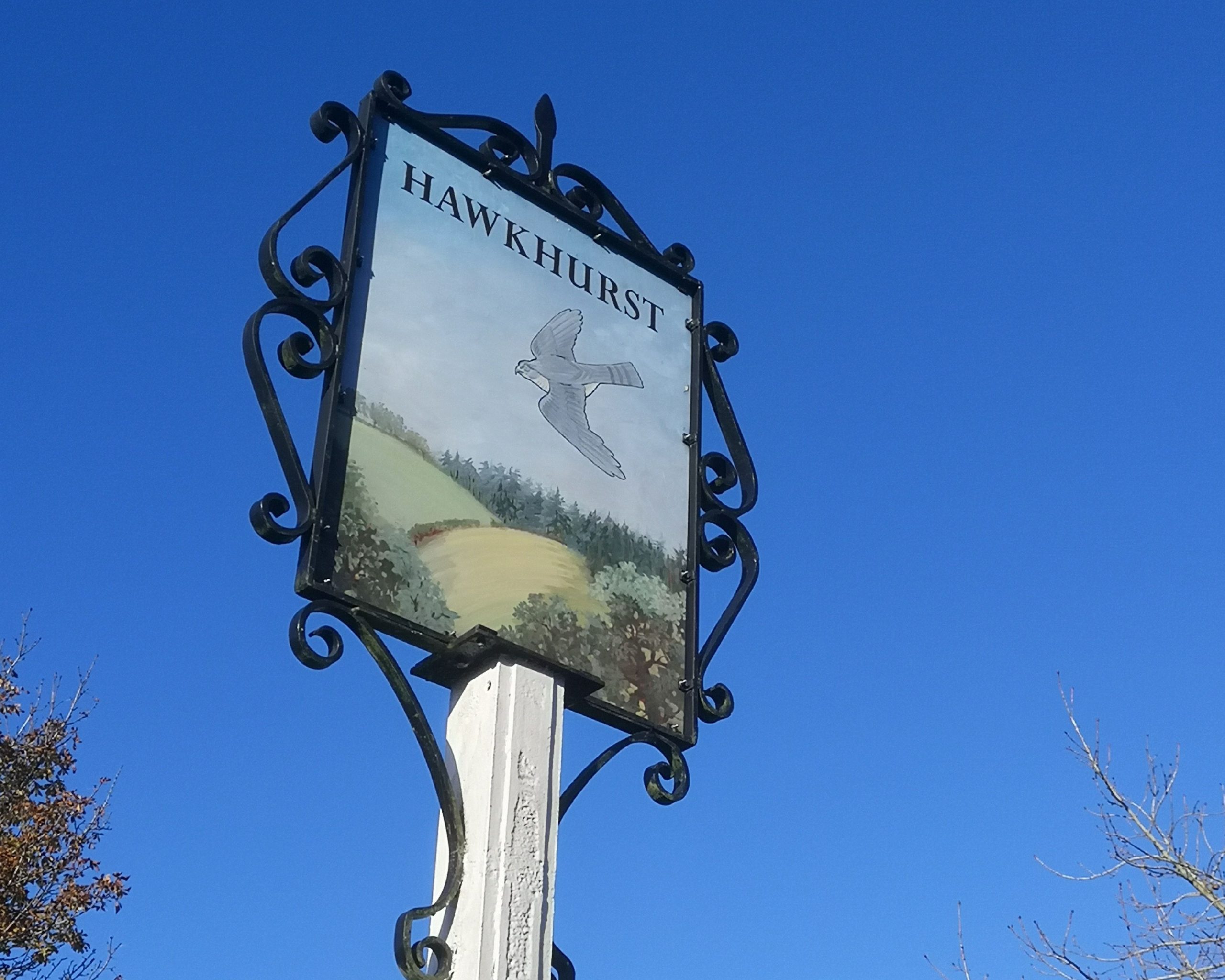 Our #KentAdventCalendar would be incomplete without a ‘window’ devoted to Hawkhurst. Its name comes from heafoc hyrst, an Old English phrase meaning a wooded hill frequented by hawks. (Other ‘hursts’ in Kent –include Goudhurst, Lamberhurst, Sissinghurst).

This charming Wealden village has an interesting history traced back over 1,000 years; “Hawkashyrst’ is mentioned in the 11th Century Domesday  Morachorum. The large pond bordering farmland at the bottom of Barnfield House’s garden is a reminder of the village’s involvement in the Wealden iron industry in the Middle Ages – it is one of a string of ponds on a south-facing ridge running to the west of the village that were once open iron works. The Weald was the centre for armaments during the reign of Henry VIII, producing cannon right up to the end of the Seven Years’ War. That was the era of the infamous Hawkhurst Gang – the Holkhourst Genge – the most notorious group of smugglers in England who ‘ruled the Weald’ in the middle of the 18th Century, controlling the movement of contraband such as brandy, rum, coffee and tea smuggled across the channel from France.

Today you can follow in the footsteps of this infamous gang,  visiting landmarks on their route from Goudhurst and Hawkhurst to the coast at Rye and Hastings, identified on a map produced for visithawkhurst.org.uk.

You can also download a map of the 6-mile Hawkhurst Heritage Trail. And if you are interested in history, do download A Walk in the Past, a free guide that gives “a virtual view of things as they used to be 100 years ago”.