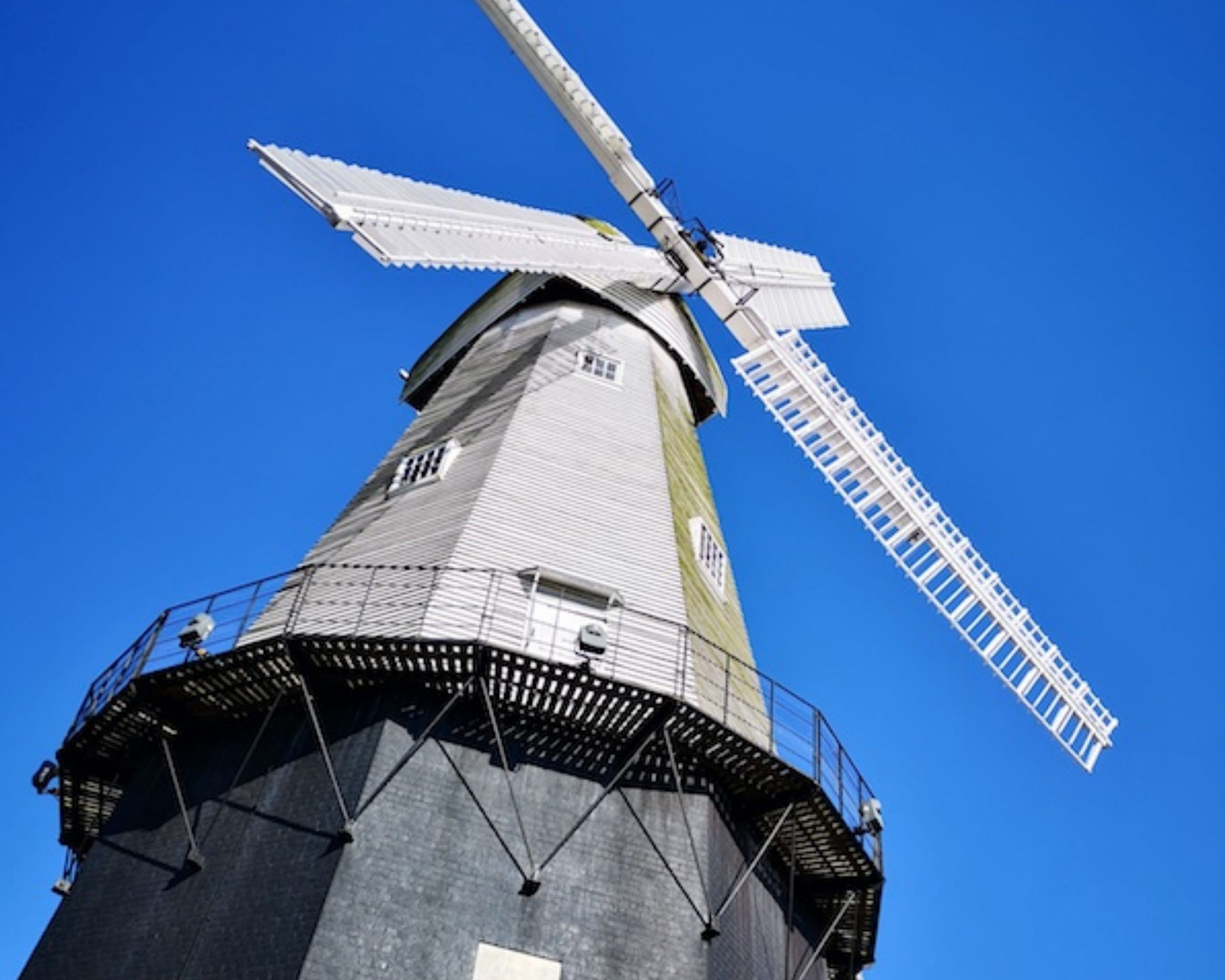 The 200-year-old Grade I listed Union Mill in Cranbrook is our choice for day 15 of our #KentAdventCalendar. Standing over 70ft at the historic Wealden town’s highest point, this white weather-boarded smock mill is the tallest in England.

The Union Mill was built in 1814 by a local millwright for one Mary Dobell who set her son Henry up in business. But his fledgling enterprise became a casualty of the depression that hit England after the end of the Napoleonic wars, and went into bankruptcy. The mill passed into the hands of a union of creditors  –hence the name – who sold it to John and George Russell in 1832. The mill remained in the Russell family for over 120 years, right up until the death of John’s great grandson (also called John) in 1958. Before he died, under pressure to sell the mill and its land to property developers, John chose to save it from demolition and secure its future by handing it to the Kent Country Council in return for their promise to preserve the mill in perpetuity. With the support of the Society for the Protection of Ancient Buildings, the council returned it to good repair. Then in 1982 the Cranbrook Windmill Association started up to look after the mill, carry out further restoration work and open it to the public. In 2014, John Russell’s generous act received recognition with a memorial plaque outside the town’s Vestry Hall, unveiled during the Union Mill’s bicentenary celebrations.

You can visit the Union Mill during certain summer afternoons and on special occasions such as National Mills Weekend in May and Heritage Open Days in September – thanks to the dedicated volunteers at the Cranbrook Windmill Association. This is your chance to climb the seven steep flights of stairs right to the top, see the wind powered milling machinery, learn how windmills work, and buy – or perhaps even make –wholemeal flour ground in the mill itself.

The Cranbrook Union Mill is only a four-mile, 10-minute drive from Barnfield House. Entrance is free. Before you visit, do check opening days and times on their website. If it isn’t open during your stay at our Kent holiday rental, don’t worry; you can take a fascinating virtual tour here on their website instead.