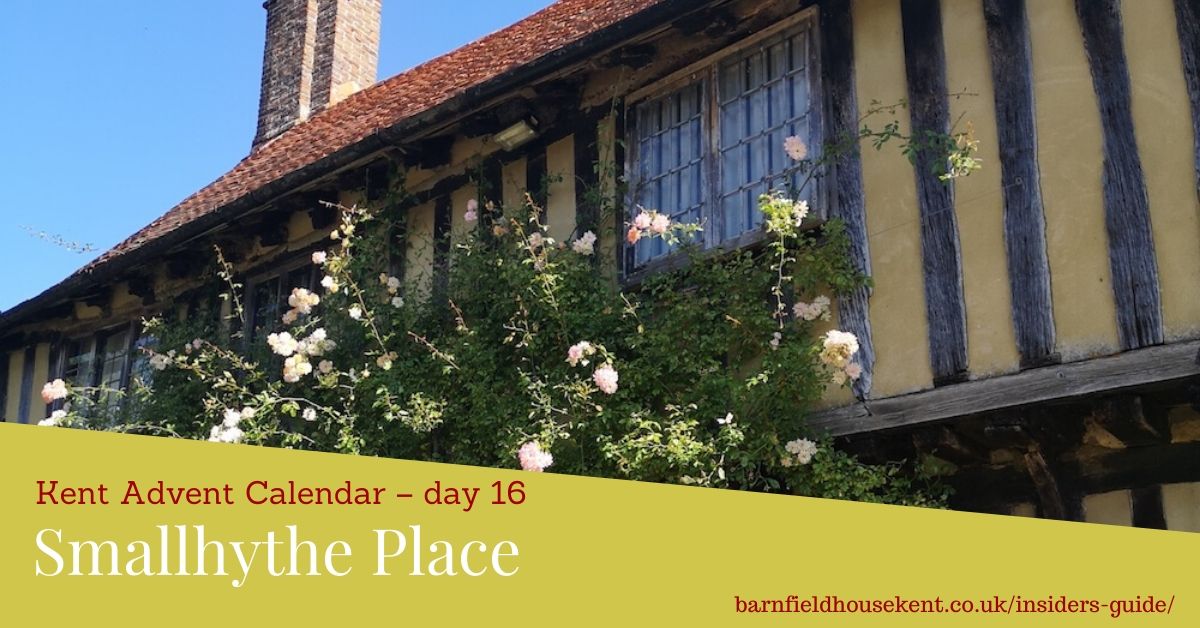 2019 has been a significant year for Smallhythe Place, which takes centre-stage for day 16 of our Insider’s Guide KentAdventCalendar: it marked the 90th anniversary of this fascinating museum, and 80th anniversary since it came under the care of the National Trust.

Just 13 miles from our Kent holiday rental, Smallhythe Place dates back to the early 16th Century – to the time when the area was a thriving shipbuilding port, before the sea receded. Today the picturesque timber-framed cottage is a museum to the professional and private life of the Grand Dame of the Victorian stage, Ellen Terry, who bought the place in 1899 as a rural retreat from London theatreland. After her death in 1928, her daughter Edith Craig transformed the place into a museum in homage to her mother’s extraordinary stage career and somewhat unconventional private life.

A visit to this photo-perfect traditional English cottage really does feel like stepping back in time. Virtually unchanged since the 1930s, the rooms are crowded with Ellen’s personal and stage memorabilia that that give insights into her life. There are over 9,000 artefacts –  correspondence, manuscripts, portraits, photographs, press cuttings , theatrical costumes and stage props. The huge collection includes a letter to her from Oscar Wilde, her death mask, the Guinevere costume designed for Ellen by Edward Burne-Jones, and the beetle wing dress, covered in the iridescent wings of jewel beetles from Southeast Asia. Playing Lady Macbeth in 1888, Ellen commanded the Lyceum Theatre stage in this extraordinary costume, catching the attention of American artist John Singer Sargent who subsequently painted her portrait wearing the same dress.

In addition to the museum, there’s also a vintage tea room, a gorgeous rose-filled cottage garden and the stunning 17th Century thatched Barn Theatre which hosts production throughout the season. For more information, click here.

Click here these blog posts about about some other National Trust properties in Kent: