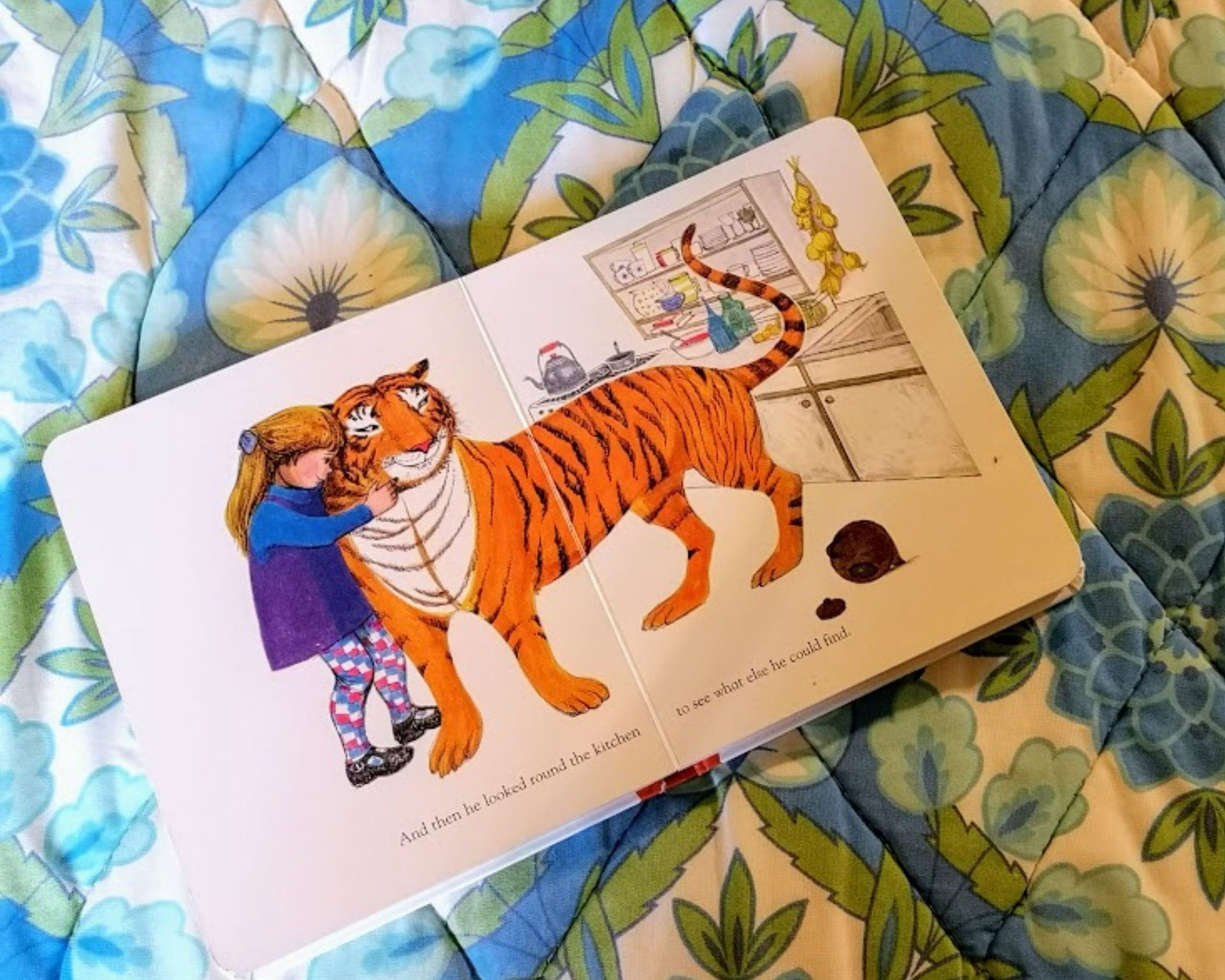 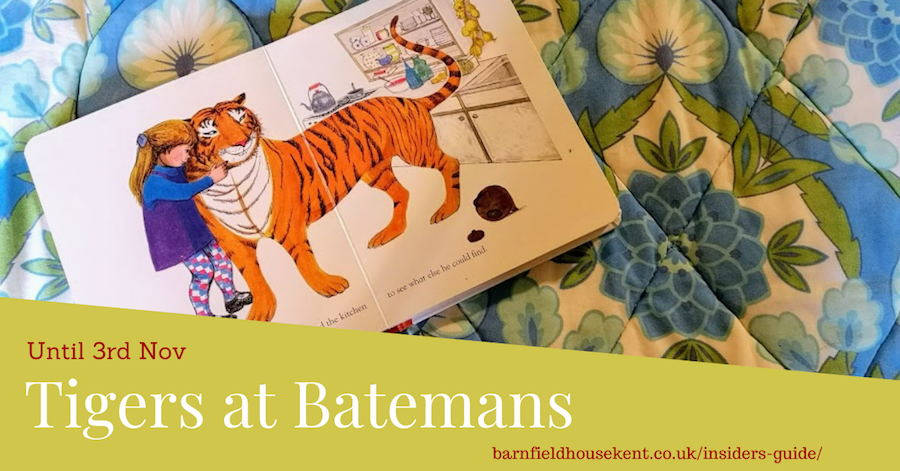 When they were little, among my children’s cherished books was Judith Kerr’s Mog picture book series. Mog the Forgetful Cat remains a favourite in our library of children’s books at Barnfield House – inscribed by my late mother for my daughter in the late 80s. Little did she know that her Christmas gift would be bringing pleasure to a new generation decades later, visiting grannies chose the same book to read to their own young grand-children during family holidays at our Kent holiday rental.

A children’s favourite comes to Bateman’s

Judith Kerr is probably best known for another children’s classic, ‘A Tiger Came To Tea’. which is currently touring National Trust properties nationwide in a 50th Anniversary Exhibition created by Seven Stories, the National Centre for Children’s Books. When I heard that the National Trust’s roving exhibition had rolled into Bateman’s a 15-minute drive away, curiosity got the better of me and I just had to visit.

We’re lucky enough to have a very fine selection of National Trust historic houses, castles and gardens in the High Weald, offering wonderful days out to entertain all the family. Bateman’s, Rudyard Kipling’s family home in Burwash, East Sussex is a favourite. The character of the place has been so skilfully preserved, as though the author of the Just So stories had just stepped out for a bracing country walk.

It seems fitting that this much loved tiger’s tale is being honoured in the home of the author of Jungle Book, the 125 year old children’s classic that features the fictional Bengal tiger Sher Khan. And happily, my visit coincided with the school half term so the 17th Century house and gardens echoed with the sound of young children – there no doubt because their parents felt the same pull as myself.

“I first told this story to my small daughter long ago”, Judith says of the much loved story that has sold well over five million copies since its publication in 1968, and has been translated into 11 languages. “She was rather critical of my other stories but used to say, ‘Talk the tiger!’”

Tigers roam the home of the Jungle Book author

A trail of small stuffed tigers lurking in practically every room leads to Sophie’s 1960s-style room from the story, recreated in Kipling’s son John’s bedroom. Here is an opportunity to get up close and personal to Judith’s beautiful illustrations for The Tiger Who Came to Tea displayed on the walls, while toddlers curl up on their mothers’ laps on the ironwork bed and listen to a recording of the book. 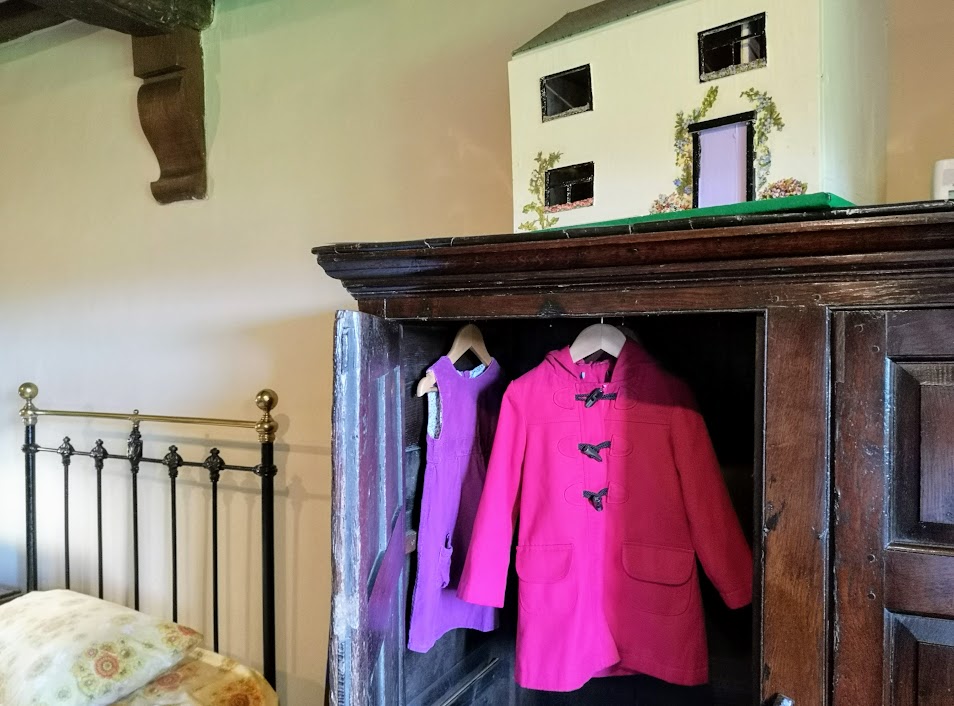 From there, the back stairs leads to the kitchen where I encountered an enchanting scene: a few little ones serving afternoon tea to a huge tiger sat at a table. Resting on easels by the Aga are more facsimiles and sketches – including, to my delight, one of Mog. Kids are sure to be well entertained here; in addition to the interactive play kitchen itself, there’s also dressing up box overflowing with striped tiger onesie, and a craft table with crayons and activities. 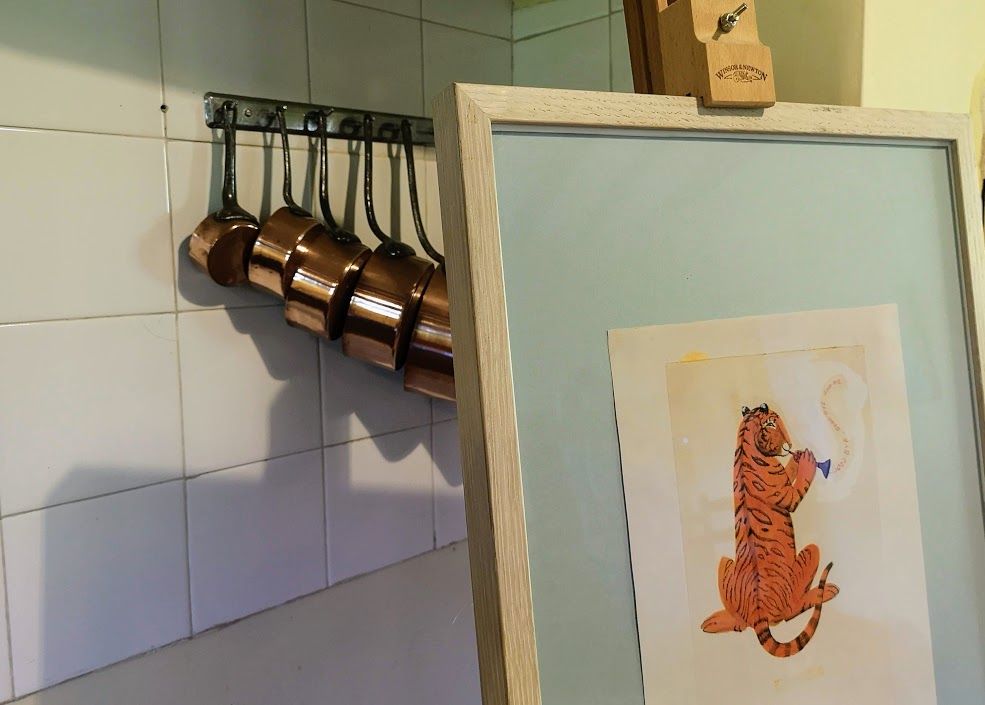 Next, I slipped into the dining room where, surrounded by gleaming 18th Century silver leaf English leather wall hangings depicting birds and foliage, I watched a documentary outlining Judith’s extraordinary life and her experiences of escaping Nazi Germany, being a refugee in France and Switzerland, and then settling into English life and becoming an artist and storyteller. (Judith passed away in May 2019 at the age of 95, only a week after she won the prestigious Illustrator of the Year title at the British Book Awards 2019.)

The tiger theme continues throughout Batemans – in the trail of clues through the grounds, in the Mulberry Tearoom where stripy vegetables grown on the estate are served in honour of the tiger, and in the gift shop where tigers decorate everything from tote bags to jigsaws.

So all you parents captivated by this famous tale – or with children to entertain over the half term and weekends – do catch this exhibition while you have the chance. It’s on at Bateman’s until Sunday 3rd November. And if you do miss it, there’s another chance to see it at Knole in Sevenoaks where the exhibition opens on the 9th November.