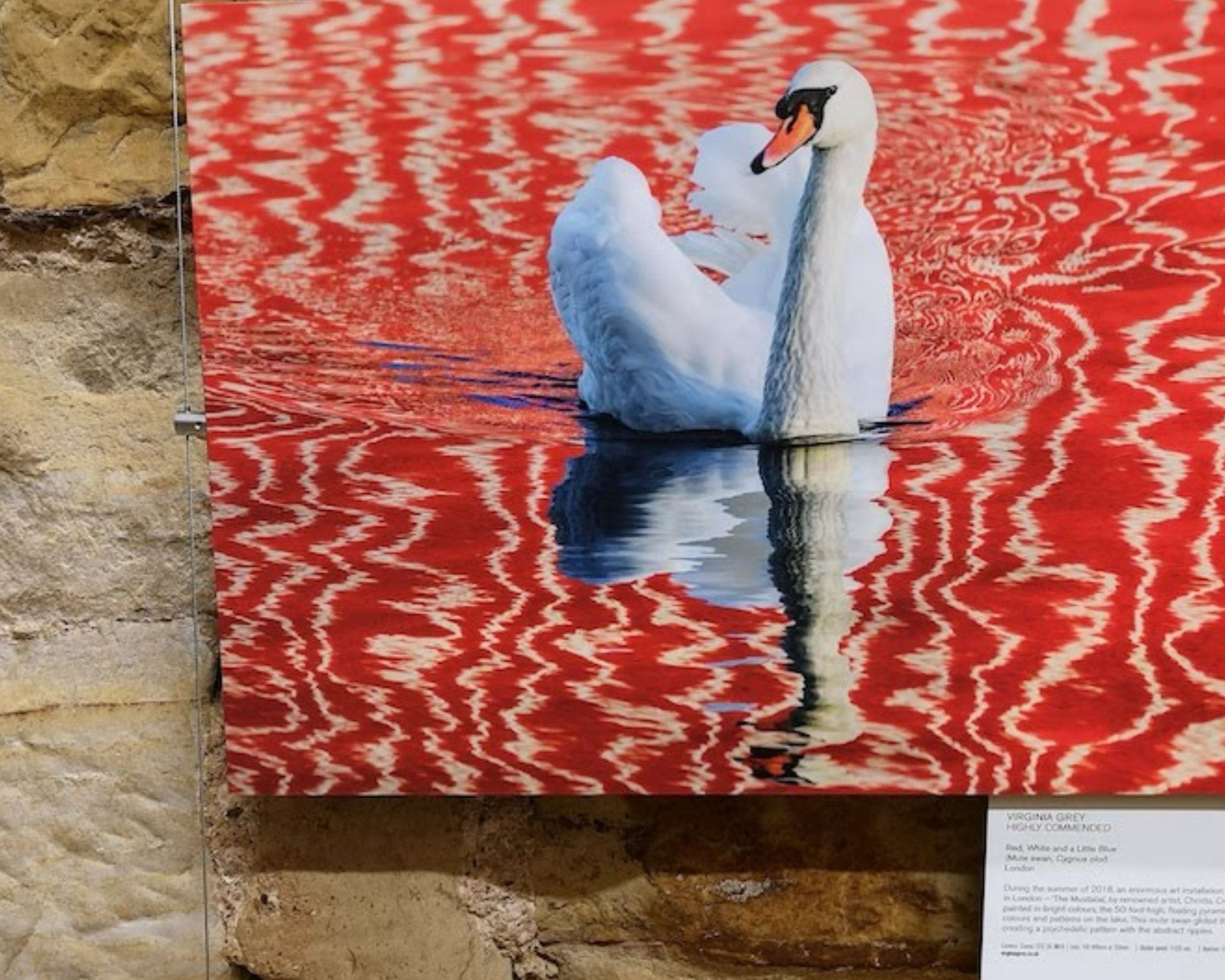 Bodiam Castle in East Sussex never fails to surprise. Monty Python fans might remember glimpsing this  perfectly moated medieval marvel in the film Monty Python & the Holy Grail, where it was the exterior of Swamp Castle. Moving from films to stills, this pint-size castle is currently hosting the 2019 British Wildlife Photography Awards exhibition. 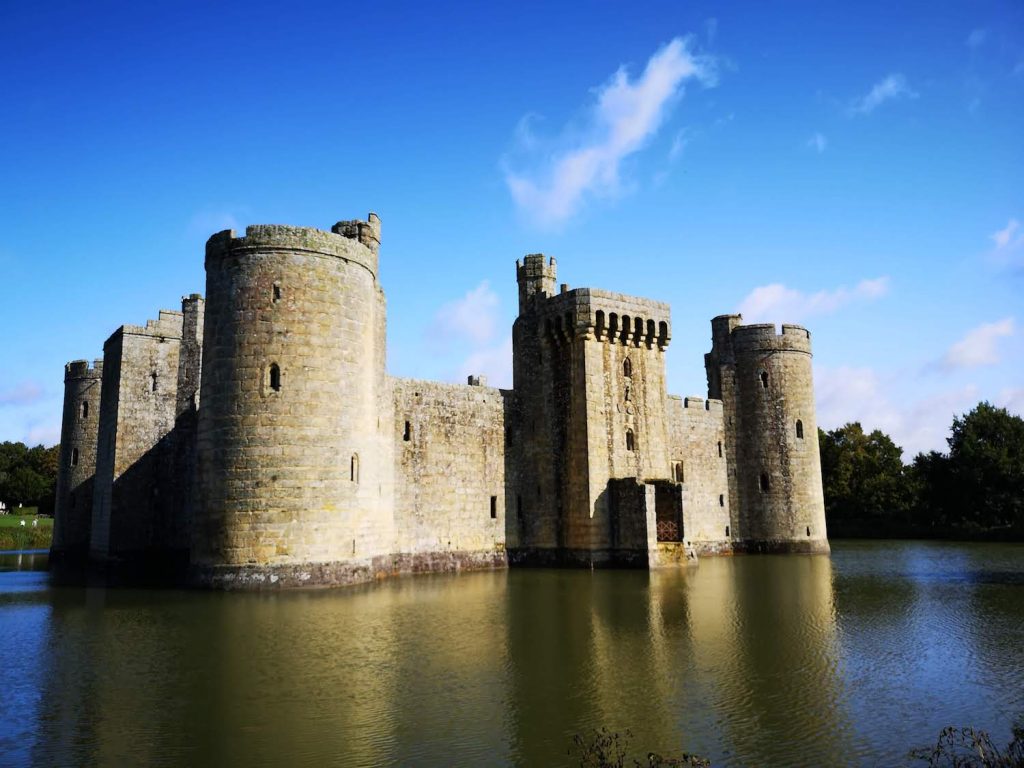 Bodiam Castle is of the first venues on the national tour of 2019 winners. The crenelated walls, soaring towers and surrounding moat provide a stunning backdrop to a spectacular series of photos that capture British wildlife and landscapes in all their power and  glory.

It was an overcast day when we visited, and the National Trust volunteers were getting up to speed with the diverse locations of the exhibition. This included the first floor of the West Tower which we understand was opened to the public for the first time especially for this exhibition. It was rather extraordinary climbing up the narrow, steeply spiralling stone stairs and stepping into a small circular tower room to see the most astonishing photographs of British wildlife.

The work of both amateur and professional photographers is displayed in the north east, north west and west towers. Somehow these rather magnificent photos of Britain’s bucolic landscape and abundant wildlife sit well against a backdrop of the castle’s ancient blocks of stone – story-tellers themselves across the centuries.

The details captured by the photographers were extraordinary. Daniel Trim’s Sinister Cargo shows a European Beewolf  – “tenacious little wasps” – carrying a paralysed honeybee to its burrow, where it will become the unwitting host for the wasp’s egg… and ultimately dinner for the newly hatched larva. And I just love the expression on Golden Boy, Kirsty Andrews’ fine portrait of a blenny.

There’s food for thought too. For example Breakfast Bug,  Peter Bartholomew’s photo of a dipper perched on a plastic bottle draped in what looks like fishing net, shows how nature adapts to its changing surroundings. “Over several weeks I observed that the dipper had adopted various pieces of plastic waste as perching spots in preference to the usual stones and branches.”

We visited Bodiam Castle this time mainly for the exhibition. But of course Britain’s most photogenic castle provides multiple opportunities to shoot stunning photos, whether you use a camera or your phone. (The photos accompanying this article were all taken on a Huawei P20 Pro smartphone). So after visiting the exhibition rooms in the three towers, do climb further up the spiral stairs to the top of the towers to the reward of fantastic countryside views.

This inspiring BWPA exhibition is a reminder of the riches that nature gives us right on our doorsteps. Indeed the castle grounds are home to a variety of wildlife within its wetlands, wooded areas, trees, and grasslands. It is also one of the most important bat roosts in the south east of England.

Bodiam Castle is just 5 miles from the five-bedroom holiday rental Barnfield House, which is the perfect base for families interested in exploring the attractions of Kent and East Sussex.