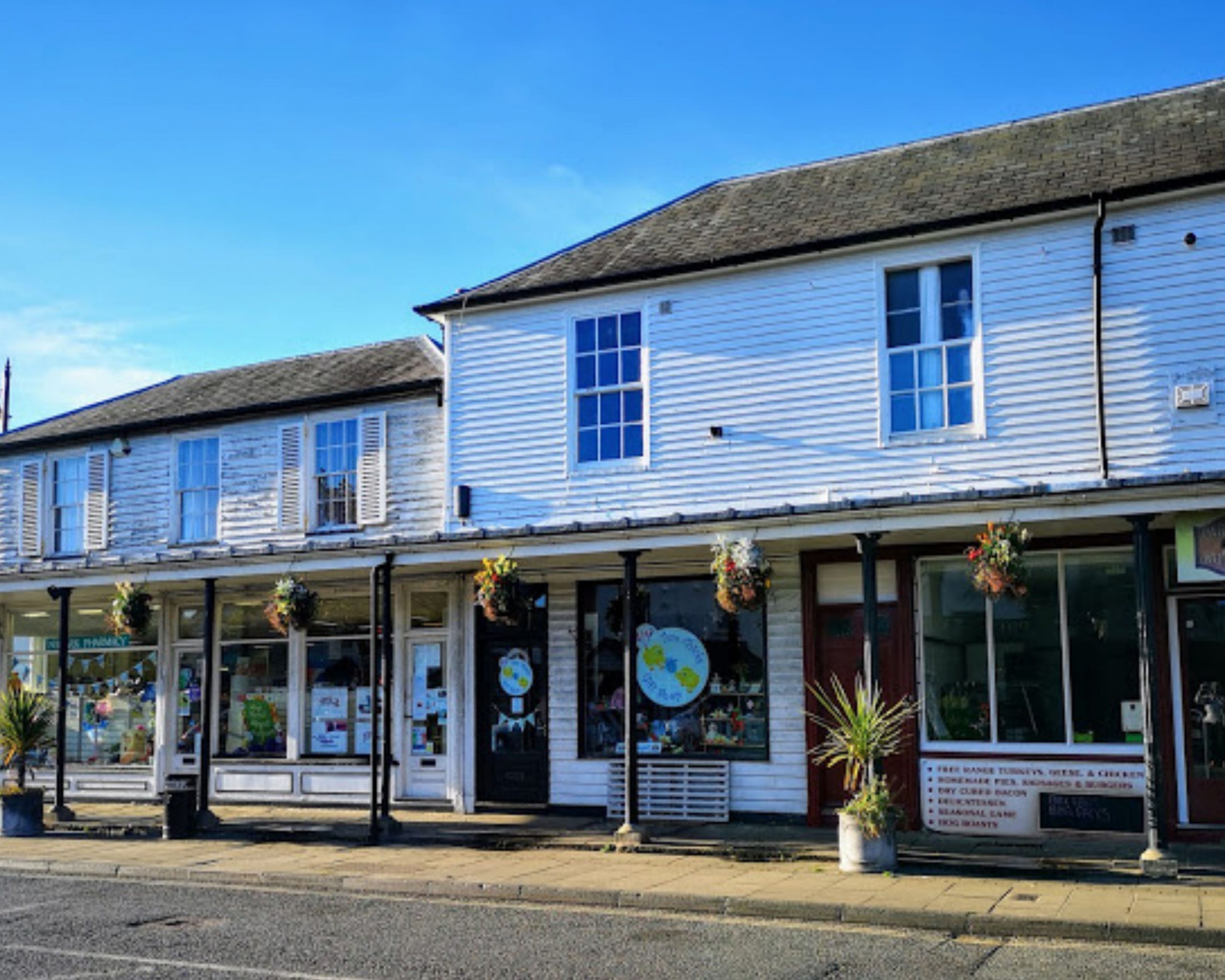 Our last post on Hawkhurst took a peek at its history. Today we take a look at the village as it is now. Hawkhurst is really two villages joined together: Highgate with its famed 19th Century Grade 11 listed Colonnade and, less than a mile south, the Moor where you’ll find the 13th Century St Laurence Church, its spire visible across farmland from our family holiday rental.

The white weather-boarded buildings in the picturesque Colonnade house an array of independent family-run shops, the oldest being Hawkhurst Pharmacy which according to Historic England was founded in 1830, around the time the Colonnade was built. There’s also a butcher (Park Farm Butchers), a bakers (Rye Bakery)…but no candlestick maker (though you can probably buy some across the road at vintage Charlie’s Orange). More recent (20th and 21st Century) arrivals to the Colonnade include Chelsea Flower Show gold medal winners Lindsay Barrow Designer Florist, clothing boutique Cordelia James, Two Chicks gift shop, and the Green Shop which raises money for the Hawkhurst Community as the League of Friends. Beyond the Colonnade is Ooh How Lovely, known for its eclectic gift selection and homewares. Other independent shops and services include hairdressers, beauticians, a barber, gym and craft shop. It’s wonderful to have so many independent shops in the village; the only high street names are Waitrose and Tesco supermarkets. 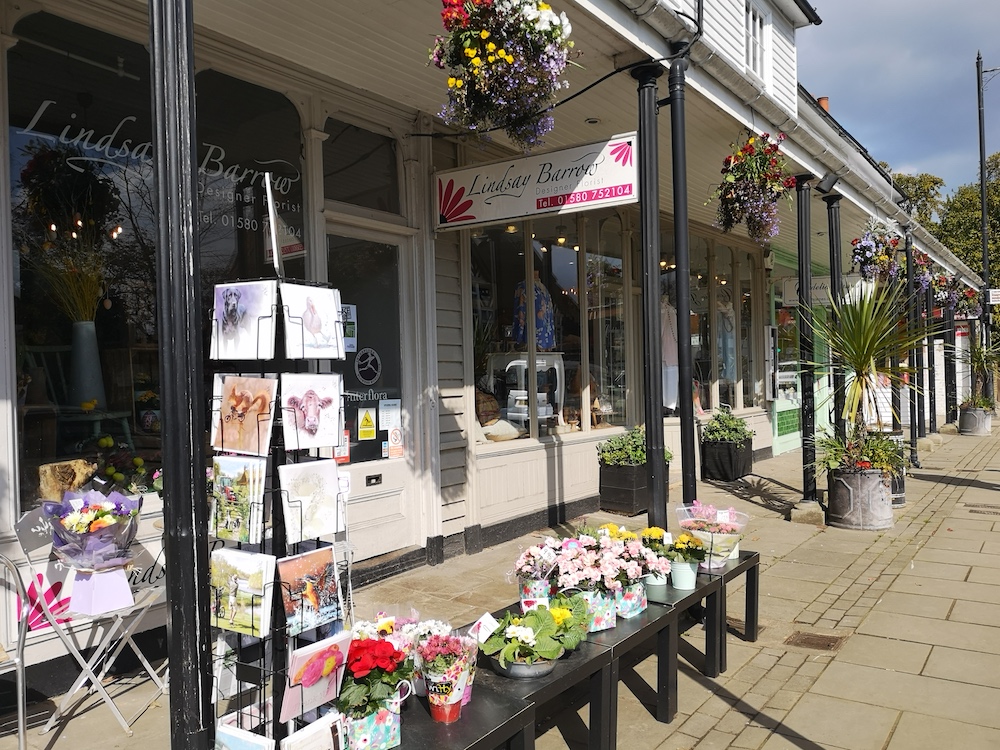 Opposite the Colonnade and housed in the 1875 Victoria Hall is the Kino, the UK’s first ever digital cinema – a fantastic resource for the village, showing a range of blockbusters, documentaries, and arthouse movies.

Fancy eating in but not cooking? Order in a kebab, fish & chips or Chinese take-aways. The Prince of Kent is a popular Indian restaurant in the village, and pubs include the Royal Oak at the crossroads (known for its Friday steak night), the Oak & Ivy (on the Hawkhurst Smugglers trail), the Eight Bells on the Moor (with excellent set and a la carte menus and weekly steak, burger and fish-n-fizz nights), and the Great House in Gills Green, which offers with its elegant Orangery and dining area.